Managing the health needs of your family can seem daunting. Insurance paperwork, shot records, knowing when yearly physicals are due… it is a chore, and one often left to Mom.

Now try adding in the thing no one wants to talk about. The Big-C.

Suddenly you wake up in a scary world where you don’t have one doctor, you have an entire team of doctors. The hospital visits and doctor appointments mash together into a blur of disinfectant, IV machine beeps, and sleeplessness.

So how do you get through it? Especially when it is your child?

Caramon was 4 when we received the diagnosis of cancer. It was the scariest thing I ever went through, and I nearly lost him and his brother during my two terrible pregnancies.

At the time we lived only 20 minutes from a fantastic pediatric hospital, a place I grew to think of as our second home. The staff? Over the top phenomenal from the janitor to the woman at the information desk to the nurses to the doctors. There were no bad experiences at Children’s of Columbus, Ohio. Saying a lot since it was the Big-C after all.

The staff of the pediatric oncology department came to us with a binder they created during the days leading up to diagnosis. I nearly cried. A gift to each family, the notebooks helped make life less scary for us parents. It was one of the first acts of kindness during one of the hardest a trial a parent could face. 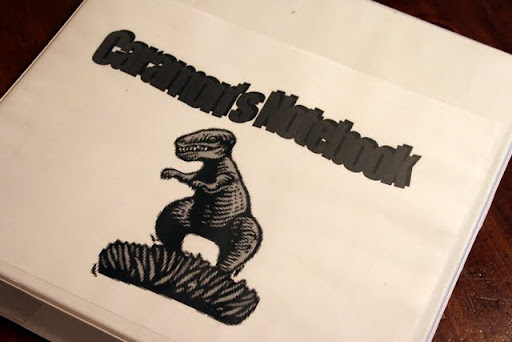 Inside the notebook was enough paperwork to kill a grove of trees! You name it, it was in here. Neatly organized with dividers! 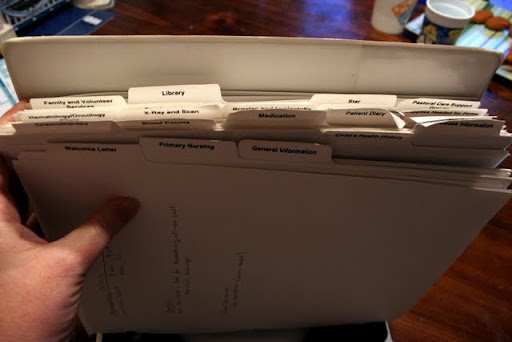 Check out all those dividers! Twenty-two in all!

A nurse came with Caramon’s first chemo treatment and then she walked me through all 22 sections while sitting in the Pediatric ICU.

They prepared and included many charts in the notebook. By tracking things, it allowed for some sense of control during a very chaotic time. I learned what to expect and could plan accordingly.

2 thoughts on “DIY Organization 101: How to Create a Cancer Notebook”