I tried Ubuntu with Unity the first time I toyed with this netboook. The problem I found was that it didn’t play well off the USB drive or SD card. It was absolutely gorgeous, just a little sluggish. I don’t do sluggish computers. I want pep!

So not the case once installed on a proper hard drive with lots of space and the RAM all freed up. I knew it! The OS is clean and shiny and easy to use. Hopefully, since we’re talking the pre-teen crowd here. The problem? Microphone no-worky.

Hear me now. If you have an Asus Eee PC netbook, you will rip your hair out trying to get the microphone to work. It is not even worth it. I scoured the internet. I tried everything. Nothing worked. NOTHING. No, a headset didn’t work, either.  I even installed an alternate sound board software package. No dice. This flavor of Linux just does not like this netbook. Shame.

My solution? I went for Linux Mint. I could go on and on about the differences between Linux Mint and Ubuntu, but really? When it comes down to simple computing, there are none. Mint is built on Ubuntu. It uses Gnome as a graphical user interface. Everything else is going to work the same.

Except the microphone works on this netbook in Linux Mint. Do not ask me why. I don’t even want to know. Grrr.

On my non-Macbook machine, I run Linux Mint. Only I despise Gnome. I know, hate on me now. I don’t care. I’m a KDE girl. K desktop is where the party is.

The first thing I did, after checking if the microphone worked, I opened up the Synaptic Package Manager and look what I found: 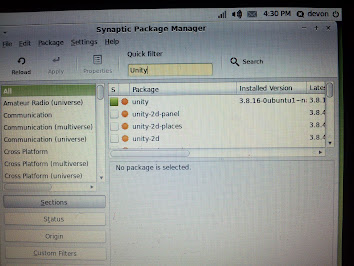 I installed Unity and rebooted. I saw this: 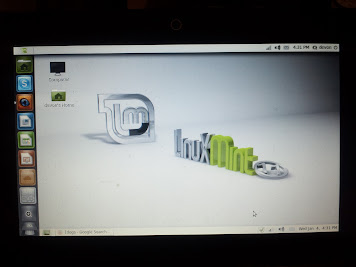 Look at that… it’s Unity on Linux Mint!

See that nice Unity bar on the left? I know. Gorgeous. Rest assured, everything else behaved just like if you were in Ubuntu with Unity.

However, I’m giving this netbook to a boy. Like he wants his computer to look like this? Let’s try again: 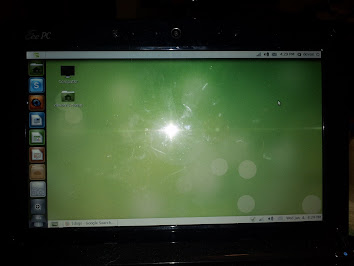 This is a little classier and far more Ubuntu looking. But not quite right.

That looks a little more like the picture of Ubuntu, right? Hmmm. Yes. I could leave it like this or… 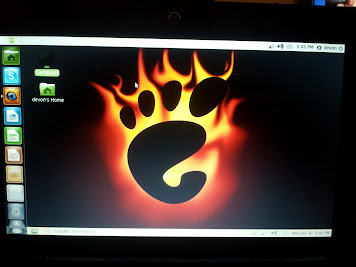 Oh yeah. Now THAT is a netbook for a boy.

And yes, you can see I already installed Skype on this netbook. Along with a few other treats that left this boy skipping around and singing my praises.

As all boys should.

Linux Mint with Unity. On an Asus Eee PC Netbook. My little geek heart flutters at the mere thought.  All you haters that say I ruined Mint by putting on Unity can kiss my  dancer toes.