It’s never a good day when your daughter drops the netbook out the window.

Luckily for my friend, she knew to text me.  There’s not a whole lot you can do to a netbook if something is fried, but we had hopes and it would appear that hope paid off. 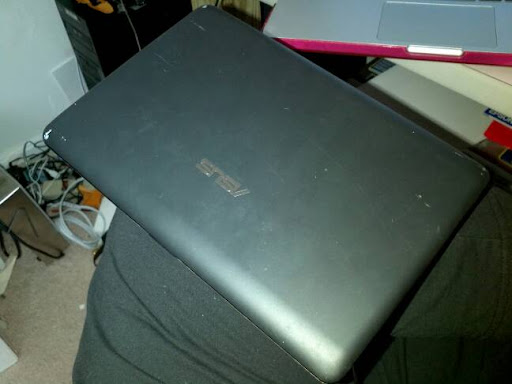 The Netbook as it was handed to me

Luckily for my friend, the netbook does actually boot up: 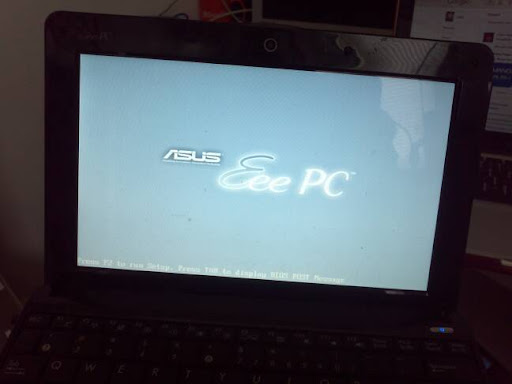 Yay we can see the boot screen!

Unfortunately, not long after this appears you hear the computer attempting to access the hard drive. With a horrendous knocking “thump thump” sound that is indeed very unhealthy sounding.

And then you see: 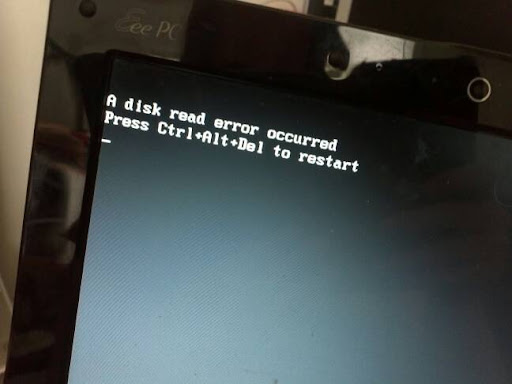 So what now? Well, first we tested a version of Ubuntu we had lying around. Huzzah for USB Thumb drives! (Don’t ask me about the busted thumb drive I tried first. It burned my finger and then went into the garbage. Nuclear rods are less hot than that thing!) 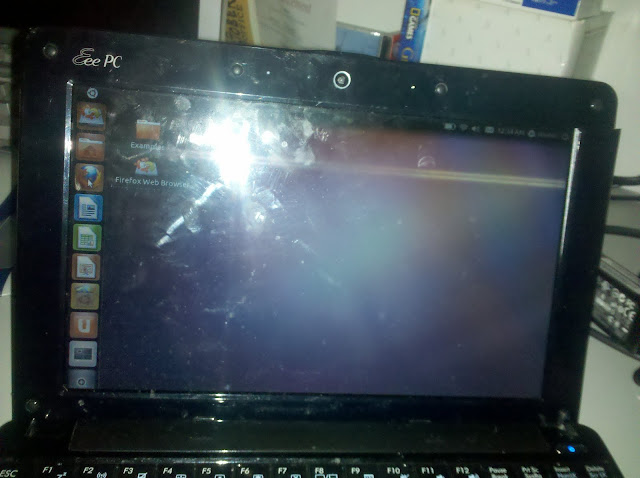 This worked OK, except that a few things ran a little sluggish. I think I should have left more space for things, but that’s a whole other story. I might try reburning this to the thumb drive later to play with. Yeah, I’ve been a Linux Lover for many, many years now.

So what now? We have a netbook that we can get working. My friend says this netbook is pretty much used solely by her son to surf the web. This might be a bit much for him plus then there’s all that pesky upkeep that I might be called upon to do (not that I would mind).

4 thoughts on “Tech DIY: The Making of a Chromebook”