Naturally my mind went instantly to Chrome. Far too many people who I follow on the net got lucky enough to get Chromebooks. Hot ticket items! I want to play with one! In fact, earlier this week we scored a left over used Thinkpad for our son and I seriously debated attempting a Chromebook install on it. Or at least, a Chromebook dual-boot. Yes, I am a bad mommy wanting to take my son’s Thinkpad just so I can play with a Chrometop.

I mean what’s a geek gurl to do?

And it worked! Only, I still was left with a USB thumb drive sticking out the side of the netbook. Considering this thing already survived one tumble out a second story window (thanks little sis!), USB drive seems like a monumentally BAD idea. However, there’s a handy-dandy SD card slot, so I thought about that.

Googling left me frustrated. Most said it was not possible, but those were way old posts. From last year. Last year? This is computer-time! That’s ancient history!

So I finally decided to just go for it. Here’s what I did:

My Chrome Vanilla OS came from the wonderful mind over at Hexxeh. Trust me. This is THE place to go. Vanilla gets built daily so whatever you download is the latest and greatest. Sometimes that means it doesn’t work right. If you run into that, just download yesterday’s. 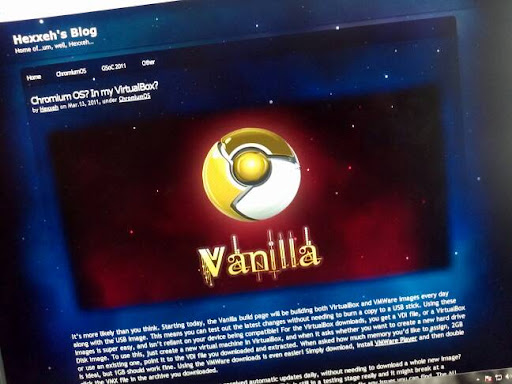 Hexxeh really does have the best source of awesome Chrome OS builds.

The file downloaded super fast thanks to the grand tar.gz shrinking power. You just need something to do the extracting.  Once extracted you can go from there.

*Note I extracted on Sir Megabyte’s Winblows machine because that’s where I was working. He had the Ubuntu on there and the directions for Ubuntu to USB was far easier on Windows than Mac. So it just seemed the way to go. Sorry to all those that are Mac’s like me. However this step is probably easily enough done on a Mac if you know what software to use.* 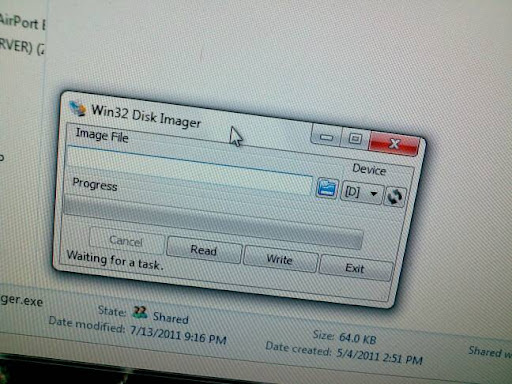 Time to write to the card!

I used Win32 Disk Imager to write the image file to the SD card, just like writing to the USB stick. This was the part that worried me the most!  Would the SD card work? 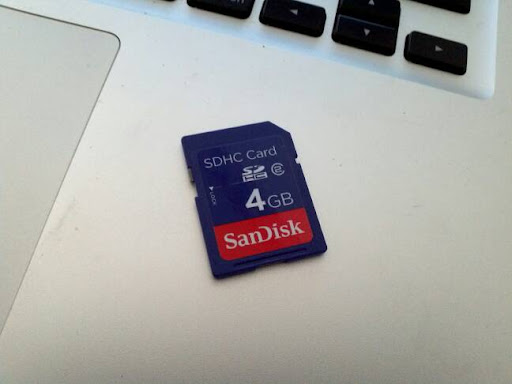 4 GB SD card sacrificed for a friend in need!

I used one of my spare SD cards, and the image writing seemed to work well. Time to test this bad boy out! 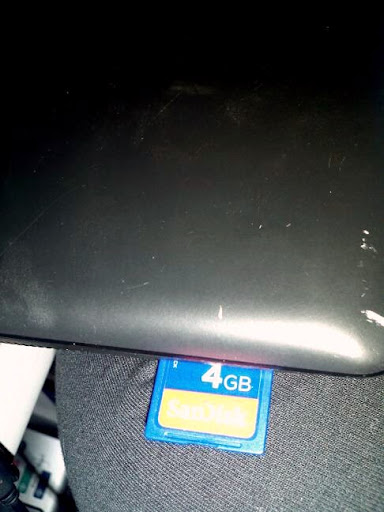 Into the nebook you go!

4 thoughts on “Tech DIY: The Making of a Chromebook”